Why Does My Car’s AC Smell Musty?(And How to Fix it)

Ever hopped into your car, fired up the AC and think 'what on earth is that weird smell?' Unless you’ve got a small garden growing in there, chances are you might be wondering why your car is smelling terrible. Not to mention that if you drive a long way when commuting to work (and even if you don’t), nobody wants to be sitting in a car that’s making a stink.

So what do you do to get rid of that musty smell?

Sure you can go down to the local gas station and give your car a clean inside and out, but that’s not fixing the problem. We’ve got a handy little diagram that shows exactly how a bad smell stays in your car and produces that awful smell. It’s a little technical, but it will help you understand the root of the problem. Check it out below.

Also, if you understand the root cause of where the smell is coming from, you can prevent that musty smell in the future (if you try to implement our tips).

When you enter your car and turn on the AC, the blowers move the cabin air over the evaporator - this is where the musty smell gets picked up.

Chances are its either mould, fungus or mildew growing on the evaporator which is blowing that unpleasant smell straight up your nose.

When your car’s AC is on, the air that is filled with dirt, dust, organic material, dead skin cells etc. passes through the evaporator.

Unfortunately, some of this stuff gets stuck in the evaporator.

Dust and dirt, combined with the moist environment of the evaporator, forms the perfect breeding ground for microorganisms.

The bad news? They grow and multiply in your car’s evaporator.

Fix a smelly air-conditioner using one of these two methods:

1. Know when to turn off the AC

Usually, we don’t turn off our car’s AC until we have reached the destination or when the weather has adjusted itself to our comfort.

Imagine this; you’ve been driving for 3 hours straight with the AC still on.Throughout this period, external organic matter and dust is passing through the evaporator.

When you reach your destination (with the AC still on), the evaporator is still moist - because the AC is on until that point.

But this is the real kicker - external organic-matter/dust/dirt along with the moisture will cause a mould infestation on your evaporator and voila! ...Cue the stink from your AC.

Remember, prevention is better than cure; and a mould infestation can be easily prevented.

2. Use A spray to get rid of the mould/mildew

There are several commercial air-con cleaning sprays that you will find readily available in your local auto parts stores. Make sure that the label clearly states that the product will kill mould and bacteria.

Some anti-mould sprays might not smell good. Which means you might get rid of the musty smell but now  have to deal with the smell of the spray.

An air freshener is not the best solution for car odour removal. You can easily clean your car with the Rug Doctor machine by using the Hand tool attachment, along with the Rug Doctor Odour Remover in the machine. This will eliminate and neutralise any bad odours that have seeped into the fabric, giving a deep down clean and completely refreshing your car interior.

Not a bad way to get rid of all the smell at once right?

If the problem still persists, contact a car mechanic as you might need to physically remove the evaporator or other infected parts and disinfect them.

Should You Be Concerned if Your AC Smells Musty?

Having an AC that smells musty isn’t pleasant to drive around in that's for sure, but does it actually pose a problem for your health?

The growth of mould has been known to make people sick, to the point where it has actually become dangerous. According to WebMD, it’s possible to become ill due to mould; especially if you have an allergy or asthma. Inhaling or touching mould can also cause a runny nose, sneezing, red eyes and skin-rash. If you have children or elderly people frequently travelling with you in your car, you should deal with the musty smell and the mould sooner rather than later.

Are you also struggling with bad smells on your carpet?

Download Rug Doctor’s Ultimate Stain Removal Guide where we cover the cleaning method for almost every type of stain and also what product to use on which stain.

We encourage you to print it out and keep it handy, because you never know when you will spill your next drink or if your pet decides to relieve themselves on the floor.

Almost every type of stain and the solutions - all covered in just two pages. Download your copy of it here! 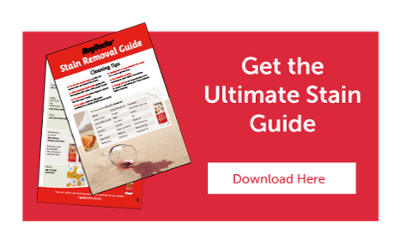 Looking to hire a Rug Doctor machine? Use our store locator to find your nearest Rug Doctor Stockist.

Use our free cost calculator to find out how much hiring a Rug Doctor can save you money! See for yourself now.

Simply enter your email address below to stay up to date on the latest promotions & cleaning tips.